I used to think life was like a Choose Your Own Adventure book, but today, I believe the adventure chooses you. It’s just up to you to decide if you’re willing to accept the challenge.

Who the HECK do you think you are?!

There are days, actually, last Saturday was one of those days, when the Resistance comes in with such a force that I am paralyzed. I question everything. I won’t waste your time with the dialogue, but if you’d like to compare the voice of your Resistance with mine, I am sure it will be an easy victory for this guy over here.

It has been about 10 years since my adventure began, and I still can’t believe it. But, well, here we are. And, I am writing this post, and you are reading it, so there’s no pretending that it’s all made up.

The adventure began when I started asking, What if? I asked it when Craig, my boyfriend, business partner and best friend had sent me packing, tired of the ups and downs that were my reality back then. I was pathetic, and I knew it, but I didn’t want to be that way anymore. So, I asked, What if I can win Craig back? I set a goal, and a deadline, and began to work hard at being reliable, dependable, positive, courageous, likable and successful — something I should have already been, but sadly — was not. As if like clockwork, within 11 months (the deadline was 12 months), he had opened his heart and his arms to me again.

At about that same time — because part of the deal with winning Craig back was figuring out how to be an entrepreneur — I also asked, What if I can actually do this business owner thing? I still have the copy of the first check I earned, to remind me what happens when I stop listening to the resistance and start believing anything is possible.

Starting a business isn’t for everyone. Starting something different, new, challenging, scary, and meaningful, however — is.

And, that is when the adventure chose me.

It was as if the adventure was waiting for me to get to this point, I could try to explain it, but in her book Big Magic, author Elizabeth Gilbert, says it perfectly:

“Ideas have no material body, but they do have consciousness, and they most certainly have will. Ideas are driven by a single impulse: to be made manifest. And the only way an idea can be made manifest in our world is through collaboration with a human partner. It is only through a human’s efforts that an idea can be escorted out of the ether and into the realm of the actual.

Therefore, ideas spend an eternity swirling around us, searching for available and willing human partners.(I’m talking about all the ideas here — artistic, scientific, industrial, commercial, ethical, religious, political.) When an idea thinks it has found somebody — say, you — who might be able to bring it to the world, the idea will pay you a visit. It will try to get your attention. Mostly, you will not notice. This is likely because you’re so consumed by your own dramas, anxieties, distractions, insecurities, and duties that you aren’t receptive to inspiration. You might miss the signal… [but] the idea will try to wave you down (Perhaps for a few moments, perhaps for a few months; perhaps even for a few years), but when it finally realizes you’re oblivious to its message, it will move on to someone else.
But sometimes — rarely, but magnificently — there comes a day when you’re open and relaxed enough to actually receive something…. The idea will wake you up in the middle of the night, and distract you from your everyday routine. The idea will not leave you alone until it has your fullest attention.

And then, in a quiet moment, it will ask, “Do you want to work with me?”

Are you Ready to Say Yes?

When I opened my mind to the possibilities that came into my heart when I started saying “yes” to myself (and the adventure that awaited), and what I was capable of, and began refusing to allow the word “can’t” into my mind. It wasn’t just saying “can’t,” but actually stopping myself at the point that the thought creeped into my head.

The next “What if” came when I asked,

What if I could use my passion to connect the local community of Lakeland, around the idea that entrepreneurs, business owners, merchants, retailers and the community at large could have a place to share ideas, pass referrals, and support the local economy?

And, then I set about trying to see what would happen. And, that’s when Lakeland Business Leaders was born. That idea chose me.

Along the way, I have discovered a new kind of personal fulfillment and joy that comes from connecting. Since 2011, we’ve connected over 6,000 members of the local community around that one question. “What if” — and the journey with that adventure is only just beginning, thanks to the amazing people who have embraced the idea and leaned in to be part of the LBL community.

Most recently, this question, has been swirling around me:

What if I could share my story, and begin to inspire others along the way, to begin their own adventures — writing a blog, or starting a reading group, teaching a class, planting a garden, raising money for people in need…. It doesn’t really matter what the adventure is, I just want to inspire people to begin believing in what they can do.

I am powered by this purpose. Because I believe, when I allowed the adventure to choose me, everything else lined up to make it possible for these things to occur.

If you don’t believe in magic, if this is all too ooey gooey for you, don’t worry, I get it. You don’t have to take my word for it. Just ask yourself that most powerful 2-word question, and then, see what happens when you say yes: to setting aside the doubts and the worries – and begin to make manifest that greatness that is within you.

If I didn’t have my story tell, I wouldn’t believe it either. What adventure is going to be your story? When will you be ready to tell it? 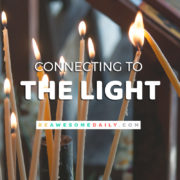 Connecting to the Light 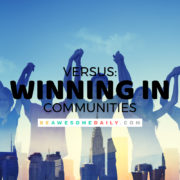 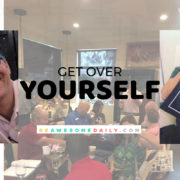 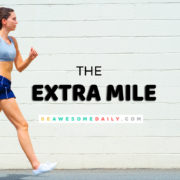 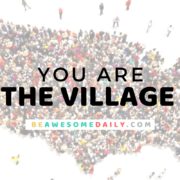 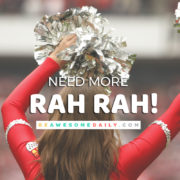 Are These Our Rules?
Scroll to top